With the 2015 Open Data Barometer released today, the ODI reflects on global achievements and critical gaps, and publishes research on emerging trends and lessons on supporting open data initiatives for widespread positive impact 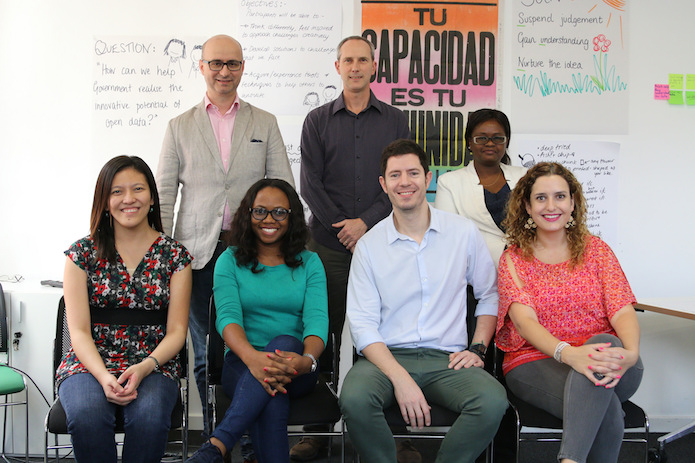 By Anna Scott and Tom Sasse

Today, the Open Data Barometer published its third global report. The report is the third in a series which aims to uncover the ‘true prevalence’ and impact of open data initiatives around the world. The Open Data Barometer analyses global trends and ranks countries and regions to explore open data readiness, implementation and impact. This is based on contextual data (eg on data availability, licensing and discoverability), technical assessments, and secondary indicators (based on independent expert surveys, such as those by the World Economic Forum and the World Bank).

The report bolsters increasing global awareness of a growing open data movement. While the usual high-performers have held their top spots – namely the UK and the US – they are being challenged by a new generation of open data adopters in most regions, such as France and Canada in Europe and North America respectively, Korea, Japan, Singapore and the Philippines in Asia, and Mexico and Uruguay in Latin America. Commitments and initiatives elsewhere are growing fast; the majority of countries in the survey (55%) now have an open data initiative.

The report also promotes the value of open data, saying it can “result in net savings for the public purse”, and echoing new economic research released by the ODI demonstrating how open data creates growth.

Critical gaps in impact and the need for solid foundations

However, in spite of growing commitments and awareness of open data’s potential, implementation and impact of open data initiatives has wavered across the index – in some cases, country scores in these areas have declined. Less than 10% of government data that is available is open, and scores for open data’s impact on accountability have fallen by 22%. Other critical gaps that were observed include a burgeoning ‘data divide’ between developed and developing contexts (26 of the top 30 are high-income countries), underdeveloped initiatives at the sub-national level, and limited innovation support programmes to take advantage of open data in the medium- to long-term. These gaps limit the potential impact that open data can have, particularly in addressing the Sustainable Development Goals.

The report also highlights the importance of putting the right foundations and legal frameworks in place in order for open data initiatives to flourish and avoid ‘open washing’, namely freedom of information and privacy legislation, and tapping into supportive global initiatives and peer networks – such as the Open Data for Development Network and the International Open Data Charter, of which the ODI is a Lead Steward. Peer networks and initiatives like these are key to help governments increase the impact of open data in their countries by providing technical and policy guidance and sharing lessons learned.

Key lessons from the research were that peer networks – such as the ODI’s own Open Data Leaders Network (ODLN) – have been shown to boost personal and professional development in open data leaders, that flexibility is important in designing leadership programmes to allow for changing learning needs, that careful selection criteria is key to maintaining the quality of peer networks (members should be ‘network-thinkers’) and that support programmes need to be evaluated in terms of their own effectiveness, just as the open data initiatives they aim to help.

“Although the ODLN was started as a small experiment, I am very encouraged by some of the multiplier effects seen,” says Fiona Smith, ODI International Development Manager. “Members have shared advice with each other on licensing, how to overcome certain implementation challenges, and creative ideas on engaging with the user community. These initial seeds have turned into concrete actions in the leaders’ home countries. These promising developments show what is possible through connecting entrepreneurial public sector leaders in a peer network, and by giving them tools such as strategic assessments to help leaders generate their own solutions.”

Indeed, some of the open data leaders in countries that have gained prominence in this year’s Open Data Barometer engaged in peer learning as members of the ODLN. For instance, Mexico has emerged as a new regional leader, climbing eight places in the barometer since 2014. Mexico enshrined open data into its federal regulation in February 2015. At the time, its Director of Open Data Policy Enrique Zapata was attending the first ODLN gathering in London, amongst other leaders from emerging challenger countries including Macedonia, Moldova and Malaysia.

Another country with an active open data initiative and showing promise to become an emerging challenger is Burkina Faso, where open data has been used to improve transparency around political transition, notably in support of its freest and fairest elections in 30 years, held on 29 November 2015. Malick Tapsoba of the Burkina Faso Open Data Initiative was an ODLN participant earlier this year, and shared his experiences widely.

Looking ahead: turning commitment into impact

Success stories and developments such as these show what is possible with the backing of global initiatives, peer networks and assessment tools. But more work is needed to develop policies and support governments to implement impactful open data initiatives tied to solving real social, environmental and economic challenges.

We encourage governments to adopt the Open Data Charter principles and to join a peer-learning network. That’s why in 2016 the ODI will continue to support open data leadership around the world through facilitating new cohorts of ODLN, strengthening global and national policy frameworks.

We also encourage governments to support problem-oriented practical initiatives that put open data into action to help address the Sustainable Development Goals, for example through the Global Open Data for Agriculture and Nutrition network. In particular, we will be supporting open data innovation challenges that ensure open data is used in the products and services that can affect people’s lives.

Anna Scott is Writer / Editor and Tom Sasse is Services Intern at the ODI. Follow @anna_d_scott on Twitter.